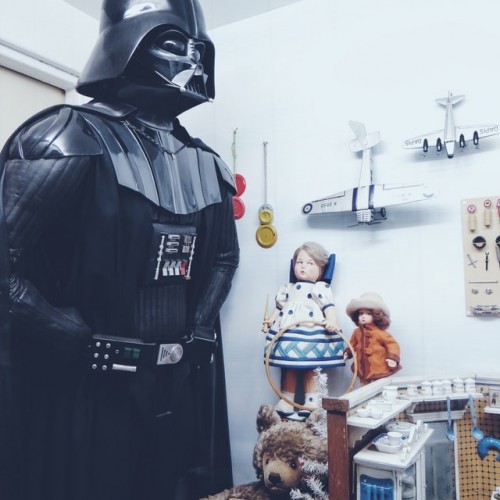 Something a little different this week, whilst staying with the theme of waste management, we acknowledge an important date in any Star Wars fan's calendar and delve into the famous rubbish shoot scene in the first ever film released - Episode 4, A New Hope.

Cast your mind back and imagine that in an attempt to rescue the princess, Luke, Han and Chewie end up in a shootout with some Stormtroopers. Leia, taking control of the situation, fashions an escape through a garbage shoot filled with space sewage. Unfortunately, the garbage compressor turns on and the walls start caving in. Seconds from death, Luke manages to get through to his trusty droids, who come to the rescue.
Interesting facts

A brilliant and dramatic scene for its time, but...did you know that putting the sequence together was a serious headache for production designers? The set had to look realistic, but also safe for the actors. Massive amounts of rubber and polystyrene had to be sourced and prepared to look like space junk. Dressing the scene, and acting it also proved to be wet and uncomfortable. The entire set was partly submerged with water, which meant the actors had to wear wetsuits underneath their costumes to prevent hyperthermia! It is also reported the set was rather smelly with Chewee's furry costume suffering with a stagnant odour which followed him for the remainder of the film. To find out more inside secrets uk.movies.yahoo

This is a great example of all the things that most don't realise go on behind the scenes, but a reminder that there is always a story to tell. Site Solutions manage the process from start to finish so you don't need to worry about any behind the scenes niggles. Our job is to save customers the time and hassle. For more information on how we can help make your life easier click here And for those Star Wars fans out there - may the force be with you!

This is to ensure that experience using the website is the best possible. You can find out more about the cookies we use by reading our cookie declaration.

What are cookies?
Cookies are small files stored in your web browser to help the website interact with you. Without cookies, every time you visit a new page the website thinks you are a new visitor. This would mean for example shopping baskets would empty each time you clicked onto a new page. If you would like to read more about cookies , Wikipedia has a detailed article.

What if I do not want cookies stored on my browser?
You can block cookies via your web browser. You can find out specific instructions for your browser via Google. Please note though we provide no guarantee against unexpected results should you choose to block cookies on this website.